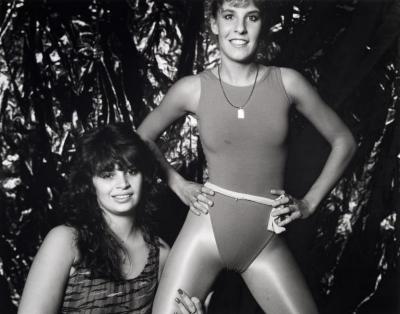 For a more recent CV or bio please visit the artist's website, http://pavelbanka.com/

Pavel Banka was an Artist-in-Residence at Light Work in September 1987 and the first European artist to participate in the fifteen-year old program. This was Banka's second trip to the United States from his native Prague, Czechoslovakia where he makes a living as a commercial photographer. He explained that it was a great privilege, that many Czechs will never experience leaving their country more than once in a lifetime. As though he might only have one month left to live, Banka set out to photograph American people and continue his dramatic studio series with models.

One universal aspect of art is the artist's desire to communicate. Banka's purpose in making portraits was to share his personal discovery of people, especially those who are poorly represented by the media or not represented at all. He spent most of his time during the day with two groups: the children and adolescents at the Dunbar Community Center in Syracuse and a women's exercise class in Morristown, NJ. The Dunbar Community Center is in 'brick city' on the southwest side of Syracuse where mostly black kids hang out after school. For several weeks the kids would find Banka with yards of black plastic and his 4x5 camera waiting in the playground at 4 pm sharp. Their bursting energy is barely constrained by their formal poses and reflects the intensity of participation in such a singular event. The two solid boys in identical sweat clothes express the timelessness of youth and spirit of unselfconscious pride. One might guess that a Czech viewing the photograph would also smile at the comic opposition in the boys' tough expressions and soft puppy shapes.

Banka often uses the state of the body to reference a variety of human conditions and states of mind. In his current figure work from Prague called Touching, Banka poses young women at serious play. Using constructivist devices he divides bodies with selective beams of light, metal rods, and sometimes, spectacular metal jewelry that resembles bondage. The young models are caught within complicated boundaries of desire and isolation, body and spirit, innocence and the threshold of initiation. The sharp punctuation's of light celebrate their flesh and simultaneously situate them as victims of interrogation. Authentic identities are missing for they represent the mystery of future experience.

Banka continued his studio work in Syracuse and expanded on his theme of boundaries and bodies relying on unfamiliar new models to collaborate with him. He is excited by the results of his timed exposures that combine mechanical motion and startled silence in one frame. The ghost of movement, in one case the lifting of weights, and frozen position of the other recreates a sense of theater and incongruous dialogue. Within these particular photographs Banka portrays acts of distress, as opposed to earlier rituals of restraint that are sensitive to our awkward unity as humans.

There are film purists who challenge that subtitles are unnecessary, presuming that a story can be understood by the senses alone. The labor of language is a contemporary issue and a tool for artists who critique social systems and aspire to a political integrity. Media, language, and information by their authority are apt to impose totalitarian restraints across borders, walls, and curtains. It is intriguing to pose political differences as an element that informs work by artists from communist countries, such as Pavel Banka. There are differences, and interesting information to support our speculations. However, the distinctions between our freedom and rights are less clear than the fact that we are presently all victims of military contests and technology. It is our privilege to interact with artists from other governments and backgrounds to learn as much about another cultures complex psychology as we stand to learn about ourselves.

The topography of the imagination is surveyed in the work of contemporary Czechoslovakian photographers Pavel Banka, Milota Havrankova, Rudo Prekop Amd Miro Slovik. The work in the exhibition, completed before the democratic reform in Czechoslovakia, advances the consideration that the search for creative expression is a basic human pursuit that transcends political systems.

In Molita Havrankova’s montages the hand of the artist is represented allegorically and concretely. As if emerging from the blackness of the darkroom, each piece in her series shows the artist cradling a blank piece of crumpled paper overlaid with a color montage. The montaged overlays show women emerging from photographs of other women, repeated single frames of women as graven effigies and portraits of women springing from the facades icnographic statues.  The harsh contrast between the colors of the montages and the dark photographs of the finely manicured hands of the artist emphasize a struggle and dilemma.

Miro Slovik’s photographs capture a playful sense of fairy tale fantasy. His choreographed collaborations seize upon the ability of photography to support the illusion that suggests a body can be a boat and a paper cut-out can be a camera if the imagination can be free to roam.

Rudo Prekop constructs photographs by creating sets from boxes, clutter and debris. Prekop’s images are graced with a simple dexterity that mask the incongruous nature of his visual parables. This clever misdirection often catches us off guard as we become absorbed in the casual nature of his constructions. In the image reproduced here, Prekop creates a sailing ship from a disarray of boxes and bags.  Upon closer inspection the playful image turns foreboding as we realize his ship is floating into a sea of jagged mirrors.

Pavel Banka’s work is engulfed with a spirit of change and discovery as he moves from tradition to experimentation with enthusiasm and speculation. In his series Touches, Banka encourages the viewer to participate in a secret ritual of face and body decoration. In the photograph reproduced here one of the secrets seems to reveal what Banka and the rest of the artists in the exhibition have known for some time; that it is best to keep an eye on what is left behind as we look ahead to the future.

Plans for this exhibition began in 1987 with the encouragement and guidance of Pavel Banka who was participating in Light Work’s Artist in Residence program. We are grateful to Pavel for his persistence and his help in organizing and selecting the work for the exhibition.