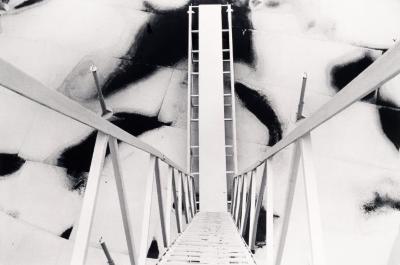 Burk Uzzle’s career, like his pictures, is a nuanced composition blending American culture, individual psyches of particular places or people, and an atypical way of seeing ourselves, our values, and our community. Always respectful yet locating the poignant or quirky, the history of his narrative belongs to all of us.

Initially grounded in documentary photography when he was the youngest photographer ever hired by LIFE magazine at age 23, his work then grew into a combination of split-second impressions reflecting the human condition during his tenure as a member of the prestigious international Magnum cooperative founded by one of his mentors Henri Cartier-Bresson. For fifteen years, Uzzle was an active contributor to the evolution of the organization and served as its President in 1979 and 1980. During the sixteen years he was associated with Magnum, he produced some of the most recognizable images we have of Woodstock (album cover and worldwide reproduction of its iconic couple hugging at dawn) to the assassination and funeral of Martin Luther King Jr. to our comprehension for the experience of Cambodian war refugees.

His archive spans almost six decades. His current work rests deep in photographic appreciation of the quiet, strong, and eloquent beauty he discovers in America’s small towns and its people. Uzzle’s current body of work is the production of artful and constructed reflections of his subjects, many of whom are African-American residents proximal to his studio in North Carolina. Their layers of experience are conjoined with Uzzle’s fundamental appreciation for unseen characteristics, which he ably captures in a collaborative, interpretive context along with his eye and his heart. interpretation, of art, of independently produced projects.

Burk Uzzle is noted for his work with MAGNUM PHOTOS and LIFE. His photographs trace his route from photojournalism to powerful statements on our American culture to his most recent studio-controlled images.

Uzzle conducted a weekend workshop at Community Darkrooms which promised to be an 'eye-opener' and to give participants 'a fresh look at things'.