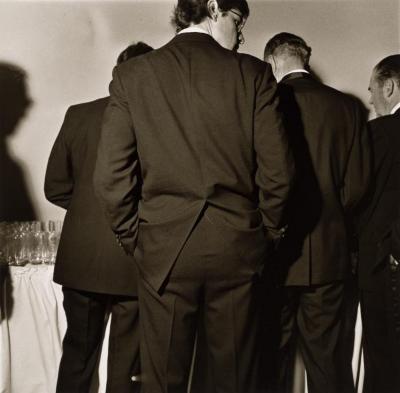 Working as a professional photographer for over fifty-five years, Larry Fink has had one-man shows at New York’s Museum of Modern Art, and the Whitney Museum of Modern Art amongst others... Larry was the recipient of the Lucie Award for Documentary Photography in 2017, and in 2015, he received the International Center for Photography (ICP) Infinity Award for Lifetime Fine Art Photography. He has also been awarded two John Simon Guggenheim Fellowships and two National Endowment for the Arts, Individual Photography Fellowships. He has been teaching for over fifty-two years, with professorial positions held at Yale University, Cooper Union, and lastly at Bard College, where he is an honored professor emeritus.
Larry’s first monograph, the seminal Social Graces (Aperture, 1984) left a lasting impression in the photographic community. There have been twelve other monographs with the subject matter crossing the class barrier in unexpected ways.