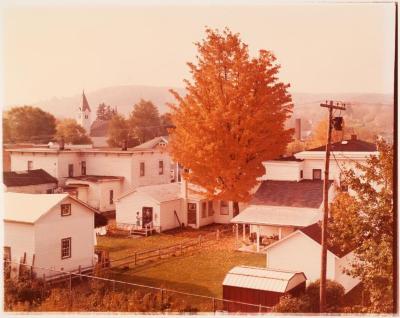 Phil Block, a long time photographer, founded Light Work with Tom Bryan in 1973, serving as its director for the next ten years. The organization offers space to artists for studio work as well as exhibitions for aspiring photographers. Block curated more than 60 solo and group exhibitions of photography during his time with the nonprofit. “We thought of ourselves as being facilitators, catalysts, not as being curators or directors,” Block told FK magazine, a journal of Latvian and international photography. “We were partners with the artists. Our job was to serve them, and, of course, our success was based on their success. The more we could help them to be successful in what they did, the greater our success would be.” Since 1982, Block has worked with the International Center of Photography in New York City, first as associate director and now as deputy director of exhibitions and education.

Block studied photography at Syracuse University in New York and has served on a variety of councils and boards related to advancing photography education or recognizing the achievements of photographers. He has been part of the Board of Directors of Photographers and Friends United Against AIDS, the Kodak Education Advisory Council, and the Society of Photographic Education.  He has also been a juror for a number of awards and grants, such as the Overseas Press Club Awards.

Phil Block founded Light Work with Tom Bryan in 1973. Block is currently the Deputy Director of Exhibitions and Education at the International Center of Photography in New York City.
Edwin Whal was a pseudoym used by Phil Block for a brief period of time in the 1970s. Phil cofounded Light Work and the Community Darkrooms with Tom Bryan. In 1982 Phil left Light Work to become the Director of Education at the International Center of Photography (ICP) in New York City.