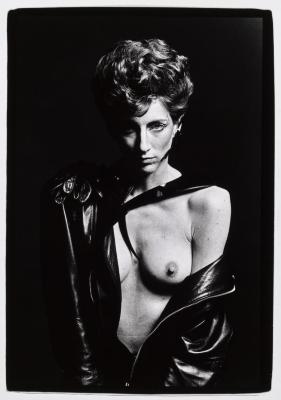 Richard Minissali, AKA F-stop Fitzgerald, received a Light Work Grant to work on a photo-cookbook. F-stop plans to photograph members of the Italian American Community in Syracuse. Included with the photographs, as text, is a recipe from each person photographed. F-stop has also published a book, 'Excapees', chronicling the punk rock scene in San Francisco and helped curate 'Coast to Coast', the punk rock and new wave exhibit that was shown at Light Work in January 1981. He has also opened a co-op gallery in San Francisco, the 'Eye'.