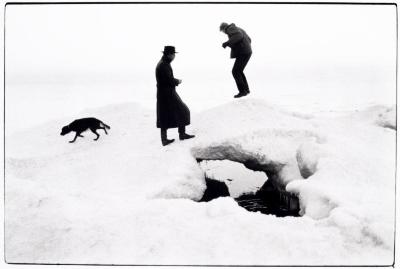 Photographer, Tom Zimmermann was artist-in-residence at Light Work/Community Darkrooms in 1981. During that month in Syracuse, he spent his time working in the darkroom printing the boxes of negatives accumulated over the past ten years. He labored long and hard, finding time but for an occasional game of pool, a cool glass of beer and an intermittent chord on his saxophone. When Zimmermann left Syracuse he took with him several hundred new prints and a serious appreciation for the homefries at Serpico's all-nite diner. While Zimmermann is mostly noted for his photographs of trucks, cars and other iconography of the road, the photographs reproduced here show his well-honed sensibilities and a wonderful sense of place when he's off the road and his feet are on the ground.