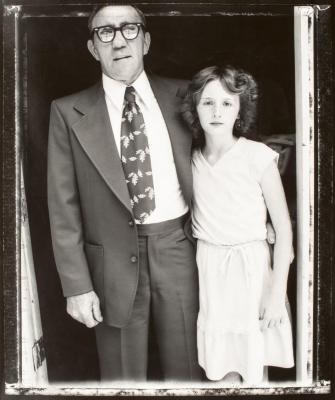 In photographer Bill Burke's most recent resume, he still considers it important to include that he was a mail carrier in Milford, CT during the Christmas of 1965-66, and a truck driver in Nantucket, MA in the summer of 1967.

The same resume also lists a Guggenheim fellowship in 1979 and an NEA photographers fellowship in 1976, and that his work is included in the permanent collection of the Museum of Modern Art, among other institutions.

His most notable photographs have been made 'on the road.' Burke seeks out encounters with the exotic, offbeat and remarkable, crafting them into photographs that speak of integrity rather than flamboyance.