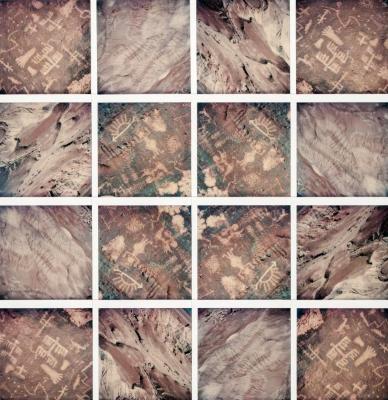 The author has come to suppose that he conserved the things represented herewith against the day when they were to be photographed, understanding them to harmonize with photographs then unmade according to a principle within the economy of the intellect. A photographic text and its proper pretext bear the following resemblance to one another, each is a sign of the perfective absence of the other.

In the unimaginable and ordinary case of their copresence, an object and its picture, contending for the center of the spectatorial arena, induce, out of mutual rejection, an oscillation of attention whose momentary frequency is the implicit cantus firmus of our thought. If we understand but poorly our own notion of likeness between paired entities, we understand even less the manner in which entities are like, or unlike, or may come to be like, or unlike, themselves.

This indisposition depends from a temporary defect, that we have not yet evolved to comfort in the domain of time, our supreme fiction, that parses sets of spaces in favor of successiveness. But before there were photographs, there are autographs, or happenstances whereunder bounded vacations of matter generate asexual artifacts, reproductions of themselves, necessarily incomplete, dessications, mummies, memories, traces indistinguishable from residues. Appearances such as these, found free in nature, command our attention, for they present to us, hovering at the margins of legibility, a collocation of failed instants when matter seems about to invent, in comparison and it's precedent recollection, the germ of consciousness.

Nature, or the customary behavior of matter, implies the photographic image at least as certainly as it implies ourselves. Accordingly, since they predate us, photographs may be treated scientifically. Fourteen argued plates are appended. The author acknowledges that their identifications are as probabilistic as the captions of all photographs, thereby suggesting that taxonomy is a statistical discipline.


Hollis Frampton (c)4/82 ADSVMVS ABSVMVS, a portfolio of original photographs by Hollis Frampton, was produced under the auspices of Light Work through a New York State Council On the Arts Conduit Grant. The portfolio, in an edition of fourteen, consists of fourteen signed 16'x20' Ektacolor 74 RC prints, printed from 4'x5' color negatives, and matted to archival standards on 20'x24' museum board. Each portfolio comes cased in a hand built cloth portfolio box with a printed forward and a picture description by the artist.