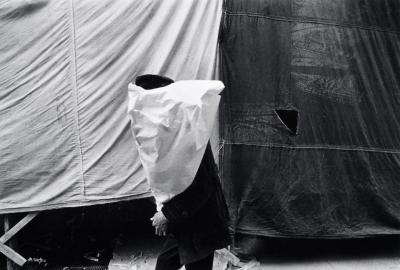 Steven Hirsch's photographs concentrate on the spontaneous interaction of people in the city environment. A native of Brooklyn, Hirsch has always been intrigued by the constant activity on the city streets. His photographs attempt to define that activity in terms of movement, forms and patterns.

Hirsch has been represented in one-man exhibitions at the Contemporary Art Center in New Orleans, The Bertha Urdang Gallery in N.Y., and the Popular Photography Gallery in N.Y. His work has been published in 'American Photographer', 'Modern Photography', and 'Popular Photography' magazines as well as Lustrum Press' 'SX-70 Art'. In 1981-82, Hirsch received a CAPS photographers fellowship. His work is represented in the permanent collections of the Polaroid Collection in Amsterdam and the Israel Museum.