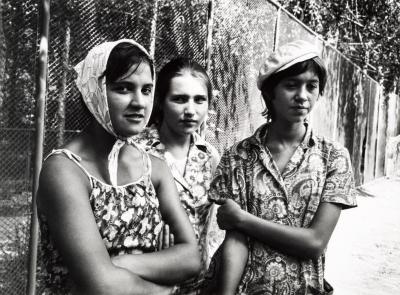 This image was acquired through a Material Assistance Grant from the New York State Council on the Arts (NYSCA). In 1982 Light Work received a grant from NYSCA to support photographers living in Central New York. Light Work made arrangements with the MQ Camera Center in Syracuse to match a portion of the NYSCA grant allowing Light Work to give photographers photographic materials in return for a print that we would accession into our collection.