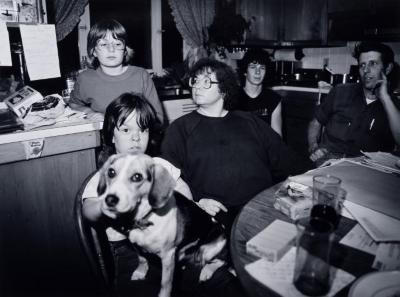 In 1985 Roderick Sutton began documenting the everyday lives of a family who own and operate a third generation farm in Upstate New York. Sutton's black and white photographs are sensitive portraits of a family whose lives are caught between unpredictable outside conditions, like economics and the weather, and the strong attachment they have as a family unit. The photographs, from the kitchen to the cow barn, acknowledge the weight of the family's responsibility to one another and contrast the romance of traditional values with the meager social support for those values. Sutton will apply his grant toward matting and framing an exhibit of photographs.

Owner of Sutton Communication Services, Sutton is a professional photographer and has experience teaching. In 1987 he received a travel grant, sponsored by Rotary International, to photograph in the Republic of South Africa.