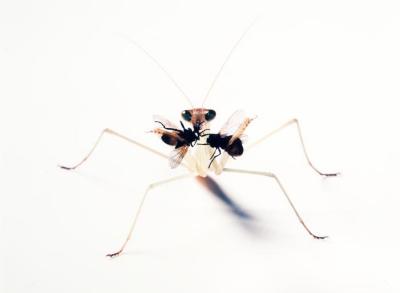 Chambers earned her BS in engineering from Stanford University, and received her MFA in painting from the Royal College of Art, London. Her background in science continues to be apparent in her sequential images of insects in the acts of eating, reproducing, or otherwise illustrating the cycles of life. A book of her work, entitled Food Chain: Encounters between Mates, Predators, and Prey, will be published by Aperture in April 2000.

Chalmer's photographs have been exhibited at the Ansel Adams Center for Photography, San Francisco; The national Museum of Photography, Film, and Television, Bradford, England; The New Museum of Contemporary Art, New York; White Columns, New York; and the Reykjavik Municipal Art Museum, Iceland, among others.