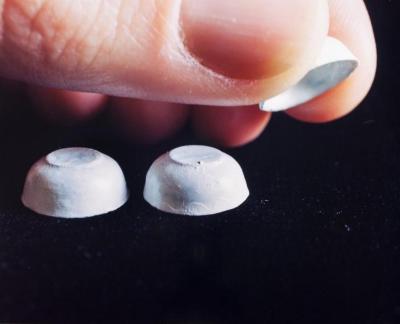 From the series Life-size. Edition1/15

Cynthia Greig lives in metropolitan Detroit, MI, and received her MFA from the University of Michigan in Ann Arbor.

Her work has been exhibited widely at galleries and museums in both the US and abroad, and in 2011 the survey exhibition, Cynthia Greig: Subverting the (un)Conventional curated by Dick Goody was exhibited at the Oakland University Art Gallery.

She is the recipient of numerous awards and honors including a Project Grant and mini-residency from Camera Club of New York (2012), the Assignment Earth/Single Image Award (2004) from Santa Fe Center for Photography, Houston Center for Photography Fellowship (2003), an artist residency at LightWork, Syracuse NY (2001), Center for New Television Award (1991 & 1992) and Michigan Council for the Arts and Cultural Affairs Creative Artists Award (1991).

She participated in Light Work’s Artist-in-Residence program from August 15 to September 15, 2001.

In the mid 1980s the Museum of Modern Art (MOMA) in New York presented a photography exhibition titled The Big Picture. The exhibition showed work by contemporary artists who were making physically big photographs. A few months later independent curator Marvin Heiferman put together an exhibition for the Queens Museum titled The Real Big Picture. The title of this exhibition was a not so subtle response to MOMA's rather simplistic exhibition premise and included work by artists who were expanding the meaning of the medium through a variety of practices and approaches that included slide presentations, video transmissions, and subway posters to name a few. While The Big Picture relied only on scale The Real Big Picture featured artists using photography and the scale and scope of their work in a context to examine the possibilities and potential of the medium. In the nearly 20 years since these exhibitions made waves in New York artists have continued to push the physical and conceptual limitations of photography and our ability to understand the unlimited meanings and messages of the medium.

Cynthia Greig makes photographs of modest physical size yet calls into question our understanding and perception of scale as effectively as a 50-foot billboard. In a series titled Life-Size Greig draws inspiration from Jonathan Swift's Gulliver and Lewis Carroll's Alice in order to explore questions about the subjectivity of perceptual experience. In his introductory essay to The Real Big Picture Marvin Heiferman describes the importance of one's point of view in photography that twenty years later serves as a valid point of reference for Cynthia Greig's newest work. He wrote,

'Consider the cliche, the image of the beret-topped artist who takes a few steps backward to look, head askew, at a work in progress. Seen just over the artist's thumb, the illusive image falls into place. This cartoon of creation suggests a real-life lesson to be learned, the greater the distance provides the larger perspective. We stare at the details of a face or a leaf or a star until experience reminds us to pull back. Only then do we recognize the person, the landscape, the constellation; only then do we see the real big picture. The same holds true for photography.'

For Cynthia Greig seeing the big picture starts with examining the nature of artifice and truth. All of the photographs in the series show Gulliver-size hands holding, manipulating, and examining Lilliputian-sized objects. At first glance we might regard Greig's skewing of scale to be an absurd and humorous formal exercise, but the precise selection of objects that these huge hands embrace raise questions that go beyond formal inquiries of scale and perception. In the photograph titled Election Ballot a voter holds a tiny pencil poised between the selection of Bush and Cheney or Gore and Lieberman on a ballot for the 2000 presidential election. Here the scale of the fingers and the ballot are equal, but the pencil that must make the mark to cast the vote is hopelessly inadequate for the job. The photograph obviously alludes to the voting debacle in Florida that sent Bush and Cheney to the White House with fewer popular votes than Gore and Lieberman received. By playing with our visual impressions Greig examines how perception can be a slippery surrogate for reality in the same way that truth can be elusive when seeking justice. In the photographs Shell Game and Deck of Cards the themes of deception and illusion are represented in the subjects of the photographs and reinforced by the sensation created by Greig's use of exaggerated scale. By showing the miniature both as an object and representation Greig puts a spin on the mundane, prompting us to take a second look, and raises questions about how perception, expectations, and viewpoint shape reality.

Cynthia Greig lives in metropolitan Detroit, MI, and participated in Light Work's Artist-in-Residence program from August 15 to September 15, 2001. More of her work can be viewed at http://www.cynthiagreig.com/