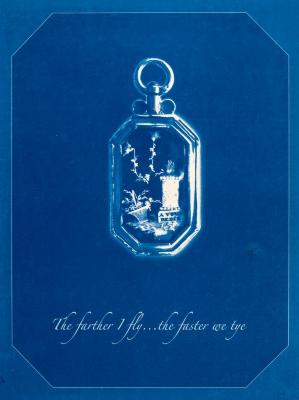 Bharti Parmar lives in Birmingham, United Kingdom. Parmar’s residency was sponsored by Autograph: The Association of Black Photographers located in London. She participated in Light Work’s Artist-in-Residence program in March 2004.

A piece of amatory sentimental jewelry of the eighteenth or nineteenth century started its cultural life as a signpost in the unfolding and destiny of an affair or close friendship. It encoded desires and articulated affinities. It prized open, connected, and conjugated the inner lives of couples. It eased the diplomacy of a courtship that often unfolded in the margins of social or ethical acceptability but where flowered a variety of love feelings from the narcissistic to mutualism, from the noble to the decadent, often within the same relationship. Although the various families of sentimental jewelry shared design elements and messages, each amatory piece became individualized instantly as it began to exalt the being of the recipient and to release his or her imagination from the confines of reasonableness. Virtuous dignity bowed before the allure of pleasurable risks and the promises of illicit passion. These objects became as precious as the delicious expectations that they conveyed, reciprocated, or stole.

But such an object also speaks of predatory seductiveness, of the enslaving of innocence that often degrades desire into unrequited devotion. It can incarnate both the excitement of conquest and the hopelessness of the unattainable within the same relationship. Yet it also comforts, and it makes the asymmetrical responses to the love ideal endurable. The object enshrines a twining of lives that may have derailed the individual fate and destiny of donors or recipients and sub-
ordinated their existential obligations to its own love agenda.

To unfulfilled longing that refuses to perish, sentimental jewelry grants immortality. For sentimental jewelry inhabits several periods. It is alive with the living, but when released from its starring role in the narrative of intimacy it commits the experience it embodies to the alchemy of time. And the experience of pain and exultation, of promises and dejection becomes transmuted into culture and into aesthetic curiosity. It is at this intersection of contexts and of time that Bharti Parmar locates her cyanotypes of amatory sentimental jewelry. The wealth of overlapping sensory memories accrued in the aura of the object is compressed and transferred into the visual.

Her work speaks of the potential and promises invested in the objects, but also the renunciation, and resignation to the celibacy and aloneness that close, but do not always conclude, narratives of love. Parmar transforms the jewelry so that the invisible love narrative enfolded in the objects seeps into our own existence. The imagination in its infinite generosity gave the objects their persuasive appeal; it also supplies the props for our own participatory recollection. The conjugation of the remote couple and of our personal narratives engenders a form of simultaneity in which the internality of the time of drama coexists with the externality of the time of witnessing. At last the overlapping of time frames and of existential dimensions rewards the drama that has run its season, but the object has kept alive, with an audience, us. The love narrative, miniaturized and inscripted in the piece of jewelry, then unfolds in the theater of our own psyche. Thus Parmar’s cyanotypes help us to complete the cycle of representation that started with a simple but loaded gesture of giving.

In Parmar’s work resonates a chord of cultural continuity that connects us with the original object and its contextual function. And that is the resistance that love and its desires put up against patterns of domestication and rationalization
and the entrapment into conventions, prescriptions, and parameters of all kinds. Such a resistance gives love its essential character and to those that such love possesses, enduring temperamental fascination. The principle of concord incarnated in the amatory jewelry that so fascinates Parmar challenges the structural role that conflict claims for itself within our existence, our communal relationships, and our mutualisms. In that respect, the cyanotypes resonate with the will to freedom that gives the human spirit its most enduring and sublime characteristic.

Bharti Parmar lives in Birmingham, United Kingdom, and is a doctoral student at the University of Wolverhampton, United Kingdom, and a visual artist. Parmar's residency was sponsored by Autograph: The Association of Black Photographers located in London. She participated in Light Work's Artist-in-Residence program in March 2004.