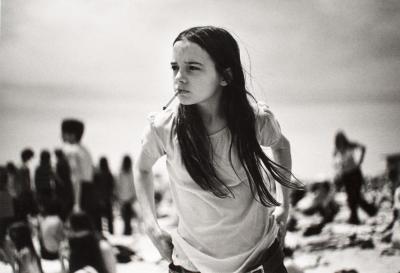 Joe Szabo is a teacher, photographer, and author who began his photographic studies at Pratt Institute where he received an MFA degree in 1968. He has been teaching photography at Malverne High School in Long Island since 1971 and at the International Center of Photography in New York since 1972.

In 1978, his book on adolescence, Almost Grown was published by Harmony Books and acclaimed by the American Library Association and placed on it's 'Best Books of the Year' listing. In 1984, he received a Photography fellowship from the National Endowment for the Arts. His work has been exhibited at the Venice Biennial, the International Center of Photography, the Museum of Modern Art in New York, and the Brooklyn Museum among others. His work has been collected by many institutions including the Bibliotheque National in Paris, France, The George Eastman House Museum in Rochester, New York, and the Metropolitan Museum of Art in New York.

Szabo's photographs will be included in a television special entitled Jones Beach; An American Riveria, scheduled for airing on PBS in 1995. He lives in Amityville, New York with his wife and two sons and is currently working on a new book of photographs about Long Island teenage girls.