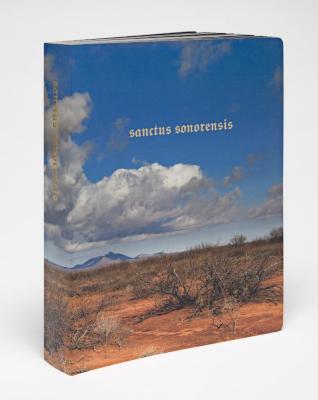 Philip Zimmermann arrived at Light Work with good humor, a car of bookmaking-specific equipment and material, and lots of energy to jump into action. He spent his residency preparing several artist books for publication. Phil has been creating artists’ book for 30 years, in fact his application for this residency was a large box full of artists’ books that would have brought tears of joy into the eyes of any bibliophile. His books are heavily photo based, using text sparingly but to the point. He has participated in artist residencies in Georgia, New Mexico, New York, and Pennsylvania. Recent exhibitions venues include El Museo Cultural de Santa Fé, Richard and Dolly Maass Gallery at Purchase College, New Mexico State University, Cuyahoga CC, Kohler Art Library, Deep Listening Foundation, and MASS MoCA. Phil has lived in many places around the globe, but currently lives in Rhinebeck, NY. philipzimmermann.blogspot.com

In the twenty-first century, the photo book is moving to center stage, aided in no small part by digital technology. As the means of production come within the capability of more photographers, not only are they finding it easier to think of their work in book form, but they are also regarding the form of the book itself as open to expressive possibility.

Philip Zimmermann has been operating in this mode for a long time, and his career stands as an exemplar of what can happen when photography and the book become a single mode of expression.  The most common term for the genre is “artist’s book,” though many people consider the label inadequate—there are manifold subgenres, one of which has its roots in the traditional photo book.

When a photographer begins to consider the physical manifestation of the book, doors of expression can open wide.  “In addition to being a great vehicle for communicating directly to an audience,” Zimmermann says, “artists’ books have the wonderful advantage of being time-based like video and film. Static pictures on a wall seem an impoverished way of making an artistic statement after one works with sequence, rhythm, movement, translucency, narrative arc; the list goes on and on.”1

All that notwithstanding, very few photographers will ever consider presenting their work in any book form but the traditional one, feeling that the focus must remain on the photos, and for most that is as it should be. But rare artists like Zimmermann are showing us where photography can go when it is cut loose from the conventions of traditional presentation.

The challenges of working in book form are daunting. The authorship, design, and production of an artist’s book, when undertaken by a single individual, calls on a wider range of accomplishment than any other genre of contemporary art practice. In Zimmermann’s case, the skill set includes literary composition, design, illustration, typography, mastery of current digital technology, printing, and innovative bookbinding—all of these practiced at a high level.  This standard of performance is vastly under-recognized by the art establishment, which is why book artists in Zimmermann’s class are among the most undervalued artists in our culture.

High Tension, produced in Rochester at the Visual Studies Workshop in 1993, is characteristic of his work, with a compelling die-cut form and striking visual display to reinforce the content.  The book consists of in-your-face tableaux of appropriated images presented in an obsessive/repetitive manner, with biting wit and a killer punch line.

More recent work, including books generated at a residency in the Southwest, is wide-ranging in style.  The relatively conventional format of Sanctus Sonorensis serves its text, a powerful prayer refrain for the border-crossing culture of Sonora and Arizona.  The photos of cloudscapes that accompany the invocations convey both hope and desolation. Shelter is a meditation on death and loss of faith, delivered in strong literary style as a character monologue, with an innovative presentation of photos—a remarkable hybrid structure featuring an inset concertina which pairs images of small rustic churches with the shaded picnic tables that constitute a form of vernacular desert architecture.

Despite the fact that Zimmermann’s primary tool is the computer, he occupies a prominent position in the artist’s book world, a milieu which tends to privilege the handcrafted object. His status has everything to do with the fact that he is among a small handful of book artists advancing the genre in a serious and considerable way, questioning the form of the book on a number of fronts while developing concepts of visual and verbal narrative at an extremely high level.

Zimmermann’s work at Purchase College over the past two decades as an instructor in design and book arts has made him a positive influence on many developing artists. His thoughtful interrogation of the form and meaning of the book is a permeable thing—it moves easily and impressively between the artist’s studio and the more public venue of the classroom.  Though far from academic, his work can be seen as a practice of art and pedagogy all in one, and a solid platform for developing expanded modes of photo narrative. For those interested in speculating on the future of photography, the work of Philip Zimmermann is an excellent place to look.

Philip Zimmermann is an artist and teacher, living in Rhinebeck, NY. He participated in Light Work's Artist-in-Residence program in July 2006.

Steve Woodall is the artistic director at the San Francisco Center for the Book.