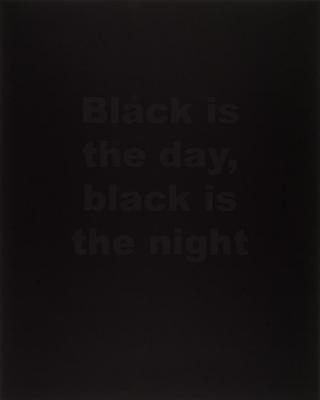 Amy Elkins is an 8th generation Californian currently based in the Greater Los Angeles area.  Her work explores the multifaceted nature of masculine identity as well as the impacts of mass incarceration, isolation and capital punishment through both formal and conceptual means.

Her earlier work, Wallflower (2004-2008), looks into nuances of gender identity and vulnerability.  She later went on to investigate the more aggressive, competitive and violent aspects of male identity through projects Elegant Violence (2010),  where she documented young Ivy League rugby players moments after the game and Black is the Day, Black is the Night, a collaborative project created out of correspondence with men serving life and death row sentences in some of the most maximum security prisons in the United States.  BITDBITN spanned eight years, exploring how memory and notions of self are impacted by isolation and long term imprisonment.  In 2016 Elkins returned to the Wallflower portrait, constructing temporary environments in the personal space of strangers in urban and rural Georgia upon first meeting and found through online calls surrounding ideas of masculinity and gender in the American South.

Elkins received her BFA in Photography from the School of Visual Arts in New York City. She has been exhibited and published both nationally and internationally, including at The High Museum of Art in Atlanta, GA; Kunsthalle Wien in Vienna, Austria; the Center for Creative Photography in Tucson, AZ; the Minneapolis Institute of Arts; North Carolina Museum of Art; among others. Elkins has been awarded The Lightwork Artist-in-Residence in Syracuse, NY in 2011, the Villa Waldberta International Artist-in-Residence in Munich, Germany in 2012, the Aperture Prize and the Latitude Artist-in-Residence in 2014 and The Peter S. Reed Foundation Grant in 2015.

Her first book Black is the Day, Black is the Night, originally worked on during her Light Work Residency and later self-published in 2016, went on to win the 2017 Lucie Independent Book Award.  It was Shortlisted for the 2017 Mack First Book Award and the 2016 Paris Photo-Aperture Foundation Photobook Prize as well as listed as one of the Best Photobooks of 2016 by TIME, Humble Arts Foundation, Photobook Store Magazine andPhoto-Eye among others.

Elkins co-founded Women in Photography (WIPNYC) with Cara Phillips in 2008.  In 2009 WIPNYC launched its first grant program and has since given seventeen-thousand dollars in funds and materials to support women artists.

How do you make a portrait of someone? Do you draw their face? Do you take a picture or use an existing one? Do you include their things in the picture? In her projects, Amy Elkins addresses the most basic questions of how one chooses to depict another. And more often than not she seems intent on not doing it alone. She asks the world to join in.

In Black is the Day, Black is the Night, Elkins interacts with prison inmates sentenced to the death penalty or life in prison. For this work she has chosen several ways of depicting the psychological world of the prisoners she has corresponded with. In a gallery or museum a viewer might see what looks like a murky landscape, a vague portrait made of pixels, words barely visible against a black canvas, a drawing of a boy holding an outdated cell phone to his ear, a photograph of concrete, or an empty envelope.  Each piece is created in response to a story and informed by the memory of a former life.

In some of these pieces Elkins has used formulas
specific to each inmate, where the ratio of years spent in prison relative to their age determines the level of image loss or layer accumulation, allowing the story to dictate the mode of production. A seascape recalling
the impressionistic paintings of J. M. W. Turner was created in response to a man twenty-six years into a death row sentence who had described a childhood memory. In another work, barely visible words read, “The real may not equal the imagined.” No words could better define her project. They are from a poem written by a thirty-six-year-old man who has been in prison since the age of thirteen. He was retried as an adult at sixteen for attempting escape and was sentenced to life in solitary confinement without the possibility of parole.

After seeing a landscape that Elkins created, one prisoner wrote her to say, “I must admit to you that when I first received your letter two days ago I could not stop myself from feeling so overwhelmed by this longing of being in a place as lovely as that. I really do wish to convey my appreciation for you bringing these places to me right in my cell, where it makes my mind run wild.” Elkins implicitly asks if the idea of beauty in the form of memory and thought is more powerful than the actual experience of beauty. Her work depicts the mind of a dreamer.

In each cell an inmate eats, sleeps and pretty much exists for 22½ hours a day. The other 1½ hours you are allowed alone in a small concrete yard with cement walls of about 20 feet high and on top is a metal grate—and through that grate you are offered the only piece of the outside world for anyone that is placed in this environment. The usual blue sky, unless of course it’s raining.

The degree of isolation her subjects experience is extreme. Of the prisoners that she has written to over the past several years, most have spent their time in a solitary 6 x 9 foot cell. Letters speak of a life where loss is equaled only by the endless time before them . . . unless the sentence of death is carried out; Elkins lost one of her pen pals in 2009 and another in 2012. Much like Truman Capote’s complex experience in losing the primary source of inspiration when Perry Smith was executed while Capote was writing In Cold Blood, Elkins likely cannot help but be affected by the unique dynamic of these relationships to her subjects.

I first encountered Elkins’s participatory style of portraiture in a series of images and text, created in 2006, of a member of her family who also happened to be in prison. Over the span of that family member’s captivity Elkins created self-portraits daily that she juxtaposed with the often mundane yet moving letters and quotes from phone calls she received from her imprisoned relative. The work seemed to function first as a double portrait before finally settling into a searing portrait of the inmate who could not be seen but was rendered in full by the way the letters came alive in dialogue with the self-portraits of Elkins.

She has said about her own role in the portrait making process, “Something in me keeps going after that moment that the photo is taken, keeps wanting to enter a person’s life and leave some sort of impression.”
In many ways Elkins yearns for higher stakes, more chance, danger, and involvement with all of the elements that are connected to that person.

I have often thought that attempting to make a unique work of art is a lot like attempting to break out of a prison; the prison is the past and all the art that has been made before. While you try to break out you begin to realize that the only way out is through the front door. So you must plan your break methodically by watching and knowing the routine of everyone.  Amy Elkins is in the process of breaking out.

Amy Elkins was a Light Work Artist-in-Residence in June 2011. For more information on Elkins and her work, visit her website at www.amyelkins.com.

Bill Sullivan is an artist who lives and works in New York City. His work has been exhibited and published internationally.

Amy Elkins (b. 1979 Venice, CA) is a photographer and curator currently based in the Greater Los Angeles area. She received her BFA in Photography from the School of Visual Arts in New York City. Her photographs explore notions of vulnerability, identity and transitory states. Elkins’ earlier work, Wallflower, looked into the nuances of gender identity and the male psyche. In her more recent work, Elkins investigates additional aspects of male identity through projects Elegant Violence, looking to young Ivy League rugby athletes moments after their game and Black is the Day, Black is the Night, which explores masculinity, vulnerability and identity through correspondence with men serving life and death row sentences in some of the most maximum security prisons in the US. Elkins has been exhibited and published both nationally and internationally, including at Kunsthalle Wien in Vienna, Austria; the Carnegie Art Museum in California; the Minneapolis Institute of Arts in Minnesota; North Carolina Museum of Art; Light Work Gallery in Syracuse and Yancey Richardson Gallery in New York among others.

Elkins has been awarded with The Lightwork Artist-in-Residence in Syracuse, NY in 2011 and most recently the Villa Waldberta International Artist-in-Residence in Munich, Germany in 2012. Her work has recently been published in The Telegraph's Stella Magazine, Real Simple's May/Mother's Day Issue, Lens Magazine, the VICE: fiction issue; Conveyor: Smoke & Mirrors issue; BLINK: issue #15; Contact Sheet: Artist in Residence Annual; Contact Sheet: Looking & Looking: Jen Davis and Amy Elkins;The Portrait. Photography as a Stage From Robert Mapplethorpe to Nan Goldin which coincided with an exhibition at Kunsthalle Wien curated by Peter Weiermair; and The Sports Show: Athletics as Image and Spectacle which coincided with an exhibition at Minneapolis Institute of Arts curated by David Little. Other features include: American Photo, EyeMazing, Harpers, Newsweek, NY Arts, NY Times Magazine, OUT, PDN, POP photo and Vision Magazine. Her writing has been featured in Photographs Not Taken, a book of essays edited by Will Steacy which has had coinciding events and readings across the country including at ICP and PS1Museum and has been reviewed by Wall Street Journal, The New Yorker and Times Light Box among others. In June of 2008 Amy Elkins and Cara Phillips co-founded wipnyc.org, a platform for showcasing both established and emerging women in photography. Each year they award one woman artist with the WIP-LTI/Lightside Photographic Project Grant in the amount of $3000.