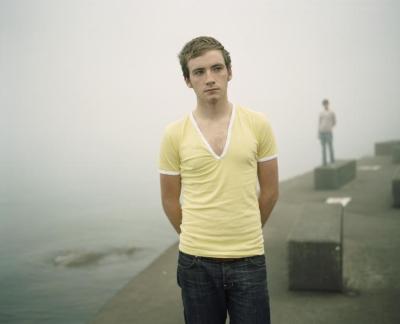 Rachel Herman holds an MFA in Visual Arts from The University of Chicago, and a BA in English Literature from the University of Michigan. Her work has been exhibited nationwide, including such galleries as Photographic Center Northwest in Seattle, WA; Dolphin Gallery in Kansas City, MO; Foothills Art Center in Golden, CO; and H.J. Johnson Gallery at Carthage College in Kenosha, WI, among others. She was an Artist-in-Residence at Anderson Ranch in Snowmass, CO, and participated in Review Santa Fe. She is currently an adjunct photography instructor at Columbia College in Chicago; Dominican University in River Forest, IL; and the Evanston Art Center. I grew up the daughter of a Midwest art dealer.

I never considered being an artist. Somehow that seemed like crossing invisible, improper lines. I got my first camera from my parents for my fifteenth birthday, a Canon AE-1, that I still have today. I started making lots of pictures. Then I'd put them in boxes and slide them under the bed. After college, I taught English in Poland and watched Lech Walesa's shipworker uprising first-hand (Solidarnosc!). We conjugated irregular verbs while trying to survive 1000% inflation. Several years later, I was a headhunter in Hong Kong. Then I came back to the US and worked in the internet industry until the bubble burst. I kept making pictures. Then one day, late in 2001, I showed some of them to a photographer. He said, "You can come work with me anytime." That sentence changed my life. Sometimes all it takes is one person to believe in what you're doing. Then everything looks different, better. It took a while, but I went back to school to get my MFA. I don't keep the photographs under my bed anymore.

This catalogue features work from Rachel Herman’s series Imp of Love. The photographs capture moments between two people who were once lovers, but are now trying to maintain their relationship as just friends. According to Herman, she hopes to depict visually “how love bends but doesn’t break.” This attempt to maintain a friendship where there was once a more intense love can lead to awkward or painful moments, or in some cases tender and confusing interactions between the couples.

Many of the images in this exhibition capture affection that is, in the artist’s words, “loaded, layered, complicated, or unrequited.” Yet the couples are willing to endure this discomfort in an attempt to retain a friendship with their former lover, and not cut off contact entirely. According to Light Work director Hannah Frieser in her gallery statement, “More than anything else, Herman’s photographs force us to contemplate the most basic act of relating to other human beings. People meet, some bond, others part. While this is an everyday occurrence, given the right person this simple incident can hugely impact our life. We meet hundreds of people before we come across the ‘one.’ In this fragile arrangement, it is easy to lose that special someone and for the romance to end, but it is harder yet to keep the other in our lives.”