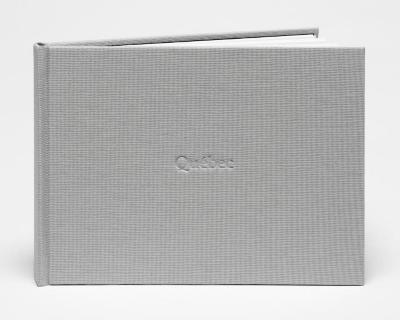 Shayok Mukhopadhyay grew up in Calcutta, India and graduated from the Documentary Photography and Photojournalism program at the International Center of Photography in New York. His first solo show of photographs, Québec, took place at Katharine Mulherin Projects in Toronto in 2013. His installation, Back Home, was part of the 2017 Bronx Museum's AIM Biennial exhibition. He was awarded a NYSCA/NYFA Artist Fellowship in Video/Film category in 2018.

"Each winter a little more of Québec seeps into me: its farms; its massive factories (near quaint in this knowledge-economy era); high tension lines that carry hydro-power from James Bay to New York; its language; accents that get harder to crack the further up river I go; the St Lawrence that splits the province and gives it life; the French whose defiance of anglicization I cherish; the Innu still digging out of the rubble of their destroyed society. And above all, the cold, the wind, the gray seeps into me. Every passing year, my photos get darker. I'm driving through a stunted Tundra strewn with lichen encrusted rocks; I cross streams marked "Rivière à Saumon" that take the newly hatched fish to the St Lawrence, and bring back fat ones; I imagine the bounty the ancient Innu enjoyed. The car will take me to road's end at Natashquan, a reservation. Beyond that, it's the last supply boat of January before winter cuts them off."