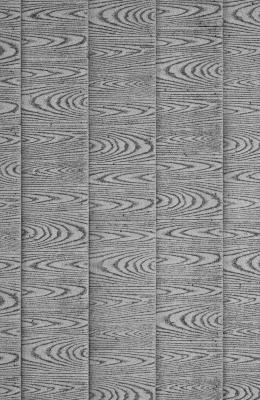 Ofer Wolberger is an artist who lives and works in New York City. He received his MFA in Photography and Related Media from The School of Visual Arts in 2001. He was the recipient of The Humble Arts Foundation’s Spring 2008 Grant for Emerging Photographers, and a finalist for both the BMW Paris Photo Prize in 2008 as well as the Prix HSBC pour la Photographie in 2009. Wolberger has completed a series of 12 self-published artists books collectively known as “The Photographic Book Project.” Some of these books have been exhibited at The Photographers’ Gallery in London and in Paris as part of PIY (Publish it Yourself). Wolberger is currently creating works in painting and mixed media.

1. When I was seventeen, I was photographed in front of a sheeny, plastic backdrop of the Grand Canyon twelve miles from the Grand Canyon. I’m regularly seduced by advertisements that I already understand to be manipulative and phony. Periodically I open my mouth to speak but nothing comes out (same goes for the blank page). I forget to take my birth control pills and otherwise regulate my body. These experiences and many others prepare me for Ofer Wolberger’s paintings and photographs.

2. Two lightly animated figures, heavyset though drawn in a barely visible outline, stand under the word “flattens.” Nearby, another low-resolution, digitally rendered image of a woman progressively losing weight and gaining confidence. What is being flattened out between these two: Body weight? Original imagery? Accessible space? The ability to control unique desires? Photoshop layers?

3. I’m pressed to think of any photographers who paint. Rather than use one to imitate the other, as is so popular at the present moment, Wolberger uses both to reach the same conclusion.

4. I wonder if Wolberger is nearsighted. The work that he has made certainly is: most everything — with the exception of a falling television set and remote that resemble clip art against a solid grey background — is taken at close range, as if in order to try and see we must zoom in, put our faces so close that all context and margin disappear from the periphery. Skin turns to pores and follicles, and from there, handmade pixel grids and dot maps. Other pictures (paintings and photographs) become so enlarged, so low-resolution that they appear to be arrested mistakes or misprints. Two of the works are themselves question marks, as if to point out that the closer we get to something, the less it appears intelligible.

5. I begin to see the advertisements around me for how they appear rather than for what they peddle. I try, at this work’s suggestion, to read images and see text. I disavow false depth and aplomb. I notice the dilapidation all around me and also all the slickness. I question what makes a color old-fashioned. I pay attention to unoriginality and to shame. I experiment with flatness as partition. I wonder, for the first time, if the armies of people who come up with the catchphrases and tag lines actually believe in their effectiveness. I wonder, not for the first time, about my own susceptibility to their lure.

6. It’s an old story: Doris Day was told that she wasn’t young enough to get the good roles, and as a result she slathered petroleum jelly over herself every night and slept bandaged in plastic wrap to achieve a softer, more palatable body. Imagine the discomfort; imagine new skin.

7. The glitch in this work is its boundless, frustrated potential: the page that won’t load, the abandoned design, the duplicate, the poorly cropped image, the blown-out copy, the indelible stain.

8. All of which makes me wonder. I’ve spent the last seven propositions trying to decipher Wolberger’s flatness as an exploration of refusal; might it also be an allowance to see in a more democratic way (postmodernists might call it qualitative superficiality)? In writing, flatness can be a matter of tone. Think of Joe Brainard, or Gertrude Stein, or the Language poets, each bringing words to the surface of the page in order to avoid representation by taking pleasure in the superficial properties of language like sound and the way letters and words look. This is a kind of sense making through surface not at all unlike Wolberger’s avoidance of original content or spatial depth.

9. “For Fredric Jameson, postmodernism emerges out of new economic dynamics of consumption and commodification (including fetishization) which in turn restructure the way in which both the aesthetic object and the modern subject can be thought: as a set of texts or simulacra characterized by ‘a new kind of flatness or depthlessness, a new kind of superficiality in the most literal sense.’ ” (Barbara Will, Gertrude Stein, Modernism, and the Problem
of “Genius”)

10. Rather than metaphor or concept, consider Wolberger’s denial of depth as tone: a method of evening out, of treating everything equally, including but not limited to the used-up signs.

Carmen Winant is an artist and art writer. She teaches at the University of Colorado and is the dean of Skowhegan School of Painting and Sculpture.

Ofer Wolberger lives in Brooklyn, NY, and completed his residency at Light Work in August 2013.