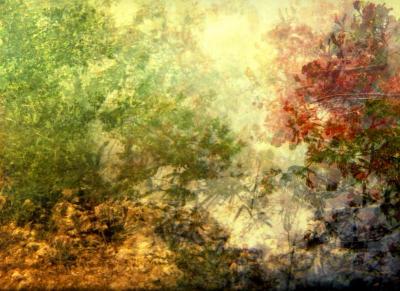 Deborah Jack lives in Jersey City, NJ, and received her M.F.A. from the State University of New York at Buffalo.

She has attended residencies at Light Work and Big Orbit Gallery Summer Artist-in-Residence. She has received grants from the New York Foundation for the Arts and the Prince Bernhard Culture Fund of the Netherlands Antilles. She was a fellow at The Photography Institute-National Graduate Seminar. Her work is the collections of Light Work, the Southwest Collection at Texas Tech University, and the collection of the Island Government of St. Martin. She has exhibited in solo and group shows nationally and internationally including major group exhibits at the Jersey City Museum, and the Brooklyn Museum. She has also published two poetry collections: The Rainy Season and skin. She has participated in the Utan Kayu Literary Bienale in Jakarta, Indonesia, the Global Poetry Festival in Kwazulu-Natal, South Africa and Winternacthen Literary Festival in The Hague, the Netherlands.

The first I ever heard about the concept of ancestral or genetic memory was from a friend who recounted her experience of visiting Virginia for the first time. Driving through the state, she reached a point in the landscape that was suddenly familiar-she knew that there would be a church up ahead, how it was situated on the land, and how to navigate around it. Her sense of déjà vu was so strong that when she got home she did a bit of investigating and discovered that some of her ancestors had lived in that very part of Virginia she had driven through.

The idea that not just our own memories, but also those of our ancestors are a part of our genetic code is a powerful one. Our relationship to place, to culture, to self, all bears a connection to lives previously lived, lives we may otherwise know little or nothing about. Perhaps our ability to inexplicably know certain things really is coded, hardwired like eye color or body type.

It is with the negotiations inherent within these relationships that Deborah Jack grapples in her photographic work. From St. Maarten (the Dutch Antilles), where she grew up, to Upstate New York is an enormous leap geographically and culturally, and Jack's work explores her relationships to the different worlds she simultaneously inhabits. What does it mean to be from the Caribbean, Dutch, black, and from a colonized island with little collective memory? Jack explains that her work "is an investigation/response and strategic attack on the neo-colonial 'tourist space' that continues to frame my identity as a Caribbean artist working within a Dutch colonial framework." Colonialism isn't what happened in the past, it isn't a theory-it is the present.

But what does Jack mean by "tourist space," and who exactly is the tourist? Her self-identification as a Caribbean artist not only grounds Jack within a particular history and identity, but also gives her the privileged position of observer, both from within and outside. A diaspora artist currently living and working in the United States, Jack is herself a perpetual "tourist" for whom all space and every landscape is both personal and borrowed on some level. Hers is a many-layered identity manifested in what she calls "my shifting concept of home." Jack's "imagined spaces" (also the title of one of her series) are visual metaphors for this constructed history and memory. "I seek to illustrate a historical moment that is not fixed or documented. It is about the creation of my own historical data," she explains.

With this multi-leveled relationship to the world, Jack focuses closely on her environs, specific enough to be familiar, vague enough to be unidentifiable. The viewer cannot always tell where she is, and that's the point. Even the titles of her series-t/here and here nor there-acknowledge the shifting, the constant blurring of arbitrary boundaries. An out-of-focus sink drain, a colorful fringed fabric hanging near a radiator, barbed wire over railroad tracks, family photographs arrayed on a tabletop, blue skies, and roadsides in a potentially endless loop-the ordinary transformed into poetic narrative. This is visual storytelling, albeit with no clear beginning, middle, or end. Instead, the loose cadence and rhythm of the images hint at other possibilities-jump in where you'd like, pick up where you want, construct your own version of the story.

However, the self is always present as the literal body of the photographer depicted to assert identity as a reminder of the connections being made and sought. Although hers is a personal, individual story and journey, Jack's photographs are a kind of constructed genetic memory, echoing the collective experiences of other dispersed diaspora people-part fiction, part intuition-a landscape of longing, memory, and imagination.

When the evidence of our wounds were reborn as petals… memories individual as raindrops in the storm seep into the pores of land fester in fecund earth 8 are transformed into seeds fighting the unwitting farmer cultivates stillborn crops the land weeps flowers to replace the lost the land births weeds in defiance we wander paths and dream of the time when the evidence of our wounds was reborn as petals and weep memories as individual as teardrops seep into the earth and they whisper I witness i-witness The “evidence” series deals with the re/construction of spaces out of re/memory and the ephemeral quality of memory when applied to a tangible object such as the landscape. We move on through history with our man made efforts to forget but the land remains. The photos were all taken on St. Martin and seek to illustrate a moment that is fleeting like the tickle of a memory in waiting. The images of the red flowers of the Flambouyant Tree carry with them an inherent beauty as well as a past that includes rebellion, revolt and emancipation. The land for me is a keeper, a witness to the events that occur/ed on the Caribbean island of St. Maarten. It is silent. It is strong. It is both the site of trauma and healing. The Caribbean reality carries with is a constantly evolving dichotomy of opposites that coexist on a daily basis. Beauty and tragedy live together in an uneasy harmony but together nonetheless.