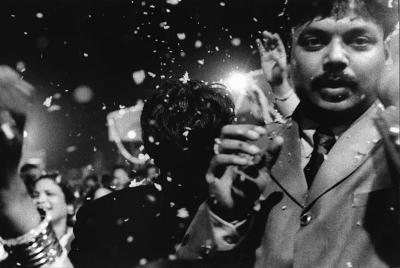 Leena Jayaswal is an award-winning photographer and documentarian with deep expertise and interest in issues that intersect race, representation and identity. Her films have been broadcast throughout the country on over 100 PBS affiliates through National Educational Telecommunications Association, and through New Day Films. She was awarded the prestigious Gracie Allen Award from the American Women in Radio and Television. Crossing Lines is currently part of the Smithsonian’s Beyond Bollywood exhibition that has been traveling around the country. Her work has been featured in critical film festivals and newspapers for the Indian diaspora. Her award wining photography has been nationally recognized in galleries around the country, with solo shows at the International Visions Gallery and Gandhi Memorial Center in Washington, D.C. Group shows include Arthur M. Sackler Gallery, The Washington Project for the Arts/ Corcoran Gallery of Art, Arlington Arts Center, Asian Arts Initiative, Lexington Art League, Hillyer Art Space, California Institute of Integral Studies, National Geographic, Studio Gallery, and Photoworks. Jayaswal has photographs in group collections at Center for Photography, En Foco, Light Work, Photo Center Northwest and the Asian American Arts Centre. Jayaswal’s work has been reviewed in the Washington Post, The Washington City Paper and India Abroad. She has worked with famed photographer, Mary Ellen Mark and was the official photographer for the Patsy Cline Museum. Currently Jayaswal is co-directing, co-producing with Caty Borum Chattoo a feature length documentary, Mixed, on what it means to be mixed race in America, with funding from The Norman Lear Foundation and the Shirley Brownrigg Trust. Jayaswal is a Professor in the Film and Media Arts Division of the at American University. She is the director of the photography concentration and the Inclusion Officer in the School of Communication

Leena Jayaswal Wedding, 2002 Shot on T-Max 3200, printed on Epson Velvet Paper American University School of Communication, Washington, D.C. leenajayaswal@gmail.com 9 Wedding season in India lasts from October through December. In New Delhi alone, there can be up to 15,000 weddings on one night. Ceremonies last for days and a medium sized wedding can include 1000 people. The Baraat is the procession of the groom to the wedding venue. This journey is celebrated with songs and dance and can take hours just to walk a few feet.