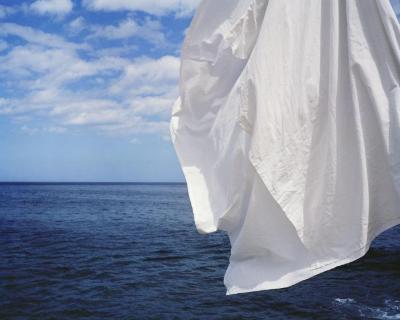 For a more recent CV or bio please visit the artist's website, http://www.rosemariecromwell.com/

Rose Marie Cromwell is a photographic and video artist currently living and working between New York and Panama. Her work explores the effects of globalization on human interaction and social politics. She is also interested in the tenuous space between the political and the spiritual. Cromwell was named one of 25 under 25 Up and Coming American Photographers by PowerHouse Books and The Center for Documentary Studies, and is a Fulbright Fellowship Scholar. Her first solo show was at the Diablo Rosso gallery in Panama City, and recently participated in the 1st Bienale del Sur in Panama City. Cromwell’s work has been published online and in print in a variety of international magazines, including the 2014 Vice Photography Issue, LayFlat.com and Vision Magazine in China. Cromwell is the founder and director of Cambio Creativo, an alternative arts education initiative based in Panama; and has taught at the International Center of Photography, Syracuse University, and at the Aperture Foundation.

Drop a camera practically anywhere in Cuba and whatever picture it took would be beautiful. Picturesquely rusted cars and vibrantly hued stucco abound, and this particular romantic form of atrophy has led to countless photographic series that look similarly maudlin.

The photos in Rose Marie Cromwell’s The Supreme Book of Luck were made in Cuba, but you’ll find no rusty cars here. See instead a more unnerving kind of beauty, rife with mysticism and uncertainty. The New York /  Havana / Panama-based photographer has been going to Cuba for ten years, and she met her subjects, who have become her friends and hosts, on the street while photographing. “I have a photo of a stick,” Cromwell told me. When she bent down to photograph it, a man on his porch reacted joyfully. “That’s my stick,” he said to her. “I leave it out there on sunny days because people like to look at it.” The stick is also nearly the shape of a cross but with one arm shriveled and pushed to the side. These kinds of symbols  —  personal but near-universal, evoking an emotional or physical response  —  are the signposts Cromwell gathers together.

Although she started making Cuban pictures a decade ago in black and white with documentary concerns in mind, Cromwell decided to start photographing in color five years ago, and the pictures became much more poetically related, rather than connected to the facts of a place or time. The work takes its title from a book of numbers Cromwell bought off the Internet. The Supreme Book of Luck contains a numerological system that is used to translate dreams into digits to play for the Cuban lottery: If you dream of revolution, you play 93. Butterflies are 2, roaches 48, sex (predictably) 69. The number 57 stands for either a bed or a telegram, while 60 cryptically relates to “Black Sun.”

These translations of abstract thoughts and visions into quantitative figures is not unlike the transformation the camera performs in crystallizing the fullness of the real world onto thin sheets of paper. These are personal constellations, maybe distillations, symbols of personal significance that provide the looker with an ambiguous trail of breadcrumbs. One photograph is a loose leaf of lined paper where Cromwell’s Cuban host (aptly named Milagros) is plotting out the lottery numbers she will play. The numbers often relate to dreams, or occurrences in her personal life, but the sheet also includes Cromwell’s U. S. phone number. More than just a marker that conflates practical and fantastical uses for numbers, the page is a reflection of the complicated relationship between close friends experiencing very different lives. “There is a power dynamic between the two countries,” Cromwell observes. Still (and you’ll find this in the introductions to the books of rusty cars), Cubans seems to have access to a different and perhaps more lyrical way of engaging with the world. After all, you can’t choose where you’re born. It all comes down to luck of the draw.

The Supreme Book of Luck

at the beginning, there’s a curtain. but it covers
only part of the horizon.

on the other side of the picture.

it’s an expanse rendered flat by the tease of a pure white linen sheet, and the camera

then forward into the clouds, or maybe the real world

lovers wrinkled and torn by the sun

two men embrace with their backs touching, up to their chests in sand.

these flowers are pretty but they’re not real

sheets twisted in the morning sun

he reaches in the dark behind the leaves

a head thrown back

her eye sparkles, but it’s black, too.

she’s floating but hands guide her eyes upwards.
the water is really blue.

then green all around. look in the mirror and it’s green leaves looking back at you.

its wings unfold in elegant descent

she pushes back against broad daylight

lucky garlic mixes with the scent of dry mud

two men embrace in a tight corner, up to their eyes
in neon atrophy

smoke in the mirror

a snapshot of the artist

thank god there’s no sand in his eyes

sunflowers bloom from the back of his neck

wash the dirt from his hands

Matthew Leifheit is the photo editor of Vice. He lives in Brooklyn, NY.www.matthewleifheit.com