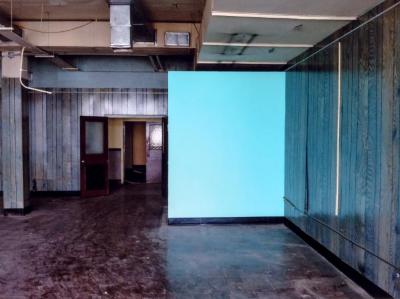 Hewitt’s work has quickly gained a reputation for power, elegance, and beauty as she uses photography, sculpture, and site-specific installations to explore fluid notions of time. In her hands, the camera becomes a tool that subtly disrupts the window effect and expectations of a photographic document. In still-life tableaux and installations, she uses snapshots, ephemera, and the residue of mass culture to reconsider the role history plays in our contemporary situation and collective consciousness. During her time in Syracuse, Hewitt is doing research for a series of photograph that are informed by 17th-century vanitas paintings, making scans with the Immacon, and producing large-format digital prints.

Hewitt studied at the Cooper Union for the Advancement of Science and Art, the Yale University School of Art, and at New York University, where she was a Clark Fellow for Africana/Cultural Studies. She was included in the 2008 Whitney Biennial. A selection of recent and forthcoming exhibition venues includes the Museum of Modern Art in New York; the Studio Museum in Harlem; Artists Space in New York; Project Row Houses in Houston; and LA>

The eight images in Leslie Hewitt’s Midday series present a surface of things: a perfect square piece of wood, books, single photographs, a skein of striped fabric, and sometimes an orange. These items re-occur in combinations with more or less of them included, save for the wood, which sits prominently as the subject of each image. It is a sort of face for the body made by the photographs, books, and fabric formed in each composition. The images are, in turn, a surface for the sculptural installations (or photo-sculpture) that Hewitt constructs by placing the photographs within frames. These frames then rest on the floor, propped at an angle against a wall. In this series the two-dimensional image that presents itself so clearly masks an architectonic function. These are images to be looked at and to be moved around.

The items in Midday are composed into a still life, a composition type associated with painting, specifically seventeenth century Netherlandish painting. For the series, Hewitt closed her objects into a set: a wood floor abutted by a white a wall. The thin seam where the wall and the floor meet is a dark crevice running parallel with the horizontal lines incised into the wall’s baseboard. In the spare background, unevenness in the wood grain or faded spots on the floor play against areas of built-up white paint on the wall, performing a variation of tones and textures that would normally be invisible. Hewitt’s work is charged by the history of low-country visual culture in which the acute detail afforded to commonplace objects, like fruit, bestowed meaning about the interrelated commercial, imperial, or social values attached to objects and their viewers. If an orange symbolized the Dutch trade relationship with the East, it was also emblematic of the exotic and the royal House of Orange.1 Each meaning’s fluidity was contingent upon multiple readings of the objects under intense description. Here, Hewitt’s oranges conjure Florida, and they incant migrant workers or the discourse around genetically modified food.

Hewitt has some interest in the currency of common objects, having spent time in the Netherlands immersing herself in its art historical literature. Her images, and their ultimate presentation as built forms, take on the task of describing rather than photographing, taking, recording, noting, capturing, or any of the actions normally ascribed to the two-dimensional photographic process.2 What this means is that what we read into these images is determined by our own connotations led by Hewitt’s vivid photo-real descriptions.

In Midday the same assembled objects are reconfigured for each image, making each discrete but related. In the most spare of the works, Untitled (Hours), two books form a pedestal, lifting the wood square from the ground as if it were levitating. The wood appears to be a thin wafer whose shadow emerges slimly from one side. The light streak in the upright wood’s face is brightened, as if reflecting the day’s light. So too is the illegible text on one of the books. Both evoke the sensation of a bright light whose incandescence has outshone what would otherwise be visible. Natural light was a component of Hewitt’s process as she embarked on the series at midday in an effort to catch the specific colors and tones cast by the sun into her studio.

In comparison to the other seven images, Untitled (Hours) is a description of compositional sparseness, whereas Untitled (Seems to be Necessary) describes fullness. Here, the square is more like a board than a sheet, its density multiplied by the width and depth of the objects that surround it. A faded photograph tacked onto the wall above the board shows that the board is not flush with the wall, a suspicion further confirmed by the picture postcard tucked in at its top. On its lower right side, a paperback book shoved behind it proves the board’s odd stability. A penny on the floor is the scale measure for all of the objects. The blue and white striped fabric, turned over and onto itself, falls onto the board, its pattern of parallel lines in opposition to those formed by the wood floor slats and the grooves in the baseboard. The strict geometry of the lines as well as the book rectangles and squared photograph play against the two circular features, the orange (sphere) and the penny (full circle).

All of these items work together in ways that we might easily read. The turning fabric has a frayed edge, while lines can be drawn from a red-edged book to the penny and the orange in the foreground. This little detail might be a comment on a waning economy as surely as it is a study of the shared tonal properties of red, orange, and copper. As with all of the images, it was Hewitt’s photographic description that led there.

2. Svetlana Alpers set in motion a disciplinary shift away from the narrative tradition applied to painting by defining Dutch art “as being an art of describing…” Svetlana Alpers, The Art of Describing: Dutch Art in the Seventeenth Century (Chicago: University of Chicago Press, 1983): xx.

Leslie Hewitt lives and works in New York City. She was a Light Work Artist-in-Residence in July 2009.

Courtney J. Martin is an art historian. In 2009–2010, she was Chancellor’s Postdoctoral Fellow in the History of Art department at the University of California, Berkeley