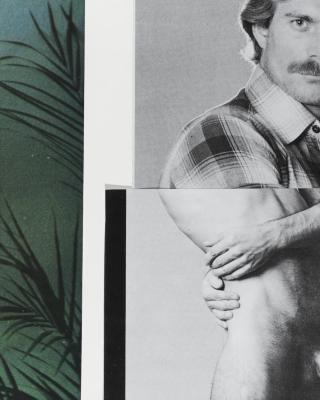 Pacifico Silano is a lens-based artist whose work is an investigation into lost histories of the LGBTQ community. Born in Brooklyn, NY, he received his MFA in Photography from the School of Visual Arts. His work has been exhibited internationally, including group shows at the Bronx Museum; Context, Miami; Oude Kerk, Amsterdam; and ClampArt, New York City. Reviews of his work have appeared in The New Yorker, Art Forum and VICE. Awards won by Silano include the Individual Photographer’s Fellowship from the Aaron Siskind Foundation; Finalist for the Aperture Foundation Portfolio Prize and First Prize at the Pride Photo Awards in Amsterdam.

…especially the young ones, come into the canyon for the first time, quiet as deer, some of them, coming to your hand for salt: their dark eyes wide and gleaming with the wonder and the fear we had all felt… at seeing so many people with whom they could fall in love. The old enchantment composed of lights, music, people was transfixing them for the first time, and it made their faces even more touching.

No longer relegated to adult bookstores, evocatively-named magazines (Honcho, Blueboy, Playguy, and Torso) and more forensically titled ones (Inches, Black Inches, Latin Inches) appeared, high up and out of children’s reach, in growing numbers of newsstand racks. Instead of posing straps, models wore skimpy Speedos, button-front jeans that invited undoing, leather gear, work boots, or nothing at all. While some gay periodicals and pic­torials still obsessed over hyper-masculinity, others featured men in more vulnerable poses, bathed in soft light and a luscious, fleshy palette.

The models featured in these new magazines—boy-next-door types like blond, smooth-skinned Casey Donovan and the sultry, hairier Al Parker—did not stare out of the frame and into the distance. Instead, they made direct and unapologetic eye contact, acknowledging their compelling physicality and facilitating the hand-jobs of readers positioned an arm’s length away.

Readily available magazines like these reflected (and contributed to) the growing eroticization of the public sphere. By 1982, the first of Bruce Weber’s homoerotic Calvin Klein underwear ads appeared on a Times Square billboard and underscored photography’s pivotal role in shaping desire and mainstreaming the sexual objectification of men. Increasingly explicit and sexually-charged photographs began to powerfully reflect and influence the culture, politics, and fantasies of gay life at the time. But in retrospect and today, they look and function differently. That is what Pacifico Silano’s work, based on vintage imagery from the period, knowingly and beautifully explores.

These new genres of images and magazines flourished a dozen years after the Stonewall riots. And a few years after that—once the discovery of AIDS, slowly reported, had quickly spiraled out of control—the seeds for a subsequent round of gay activism took hold. In stark contrast to the celebratory nature of seductive gay imagery, fear and a devastating sense of loss would grip the gay community. Drawn to and recycling seductive images of the period, Silano’s work in Tear Sheets reflects on that complex cultural moment: one he did not experience directly, yet one that irrevocably shaped him and, for that matter, the lives we live now.

Literally deconstructing the back issues of magazines he finds online—some currently sell for hundreds of dollars, so strong are buyers’ decades-old libidinal connections to them—Silano works as a cultural historian and artist. His photographic work features now-vintage ephemera, re-contextualized and reconsidered, that hints at the time’s pleasure and turmoil alike, the embedding of meaning and memory in images, and reminds us of our finite lives and the multiple lives of images.

Nostalgia is not the focus of Silano’s attention. But his fascination with a history that both is and isn’t his own gives this work its knowing, cumulative power. One after another, these haunting images remind us that, try as we might, it is impossible to recoup the past and even more difficult to see what’s coming.