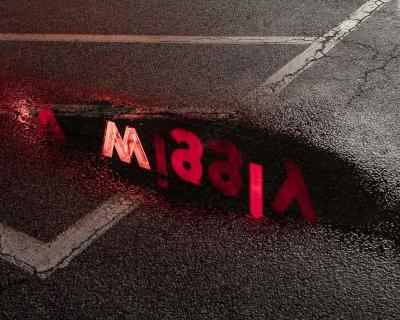 Jennifer Garza-Cuen is an artist from the Pacific Northwest. Currently Assistant Professor of Photography at Texas A&M University-Corpus Christi, she received her MFA in photography and MA in the History of Art and Visual Culture from the Rhode Island School of Design in 2012. Her BA in comparative literature was completed at the American University in Cairo. During both years of her attendance at RISD, she received the RISD GS competitive grant. She was also awarded the Daniel Clarke Johnson, Henry Wolf, and Patricia Smith Scholarships. Additionally, she has received fellowships to attend residencies at The Robert Rauschenberg Foundation, Light Work, Ucross, Oxbow, Hambidge, Brush Creek, and the Vermont Studio Center. Her work has been exhibited nationally and internationally with recent juried shows at Photo London, The Ogden Museum of Southern Art, Filter Photo, The Center for Photography at Woodstock, Site: Brooklyn, The Light Factory, Amarillo Museum of Art, and the Venice Architecture Biennale. Public collections include Light Work, The Do Good Fund, and the New Mexico History Museum and her work has been published in contemporary photography journals such as Dear Dave, Contact Sheet, Musée, Blink, PDN, Der Greif, The Photo Review, and Conveyor Magazine as well as on-line journals such as i-D, Conscientious, Feature Shoot, Aint-Bad, Fubiz, iGNANT, Dazed, and Juxtapoz.

Even though I was born and raised solidly on one side of the current divide—in a white working class, Christian family in a small town in Kansas—I long ago crossed the line, politically and culturally. So when I first saw Jennifer Garza-Cuen’s portrait of a young man in an American flag hoodie standing next to his car, I saw a sad figure, trapped in his condition, without agency or hope. I saw myself at that age, angry and defiant and woefully without prospects. I projected my own personal history onto the subject, and also my own current biases and expectancies.

Now I don’t know, but I feel sure that this young man sees this portrait very differently. He sees himself in charge of his situation, confident and loose. He is cool, so doesn’t smile, but he’s standing next to his pride and joy, a gift-wrapped cool blue Nissan drift car, and he’s looking forward to the next fashionable, sexy, and beautiful Nopi drift event, where he is confident he will prevail.

Drift cars conceal their lack of power through posturing, by making it look like they have a lot more power than they actually do. Revolutions-per-minute replace miles-per-hour. You rev the small engine, spin the wheels, and through pure pluck and manipulation, drift around the track. Lots of noise, lots of movement, but none of it forward—it’s all sideways. I never drove one of these vehicles, but I drifted, for years.

Some of the current divisions in American society are visible, and some are more hidden. People see the same things differently. Some people look at Donald Trump and see a narcissistic buffoon, while others see an iconoclastic radical. Some see a girl in a blue polka-dot dress standing on a lonely road clutching a snake as an ominous figure, and some see a girl empowered, facing the world the camera represents with a look of resolute defiance. Meaning, like beauty, is not exactly in the eye of the beholder. It’s a complex negotiation between beholder and beheld. But you have to look hard.

I don’t know, but I suspect that Jennifer Garza-Cuen has also crossed the line of political and cultural division in this country, and so is well equipped to illuminate it. Trespassers make good guides.

In this Rabun series, Garza-Cuen is looking at the Blue Ridge Mountains of Appalachia, in northeast Georgia. A Confederate flag throw pillow, a near-empty glass of whisky next to an overflowing ashtray, and a model bomber with a hand puppet adorn a wood-paneled living room, and the sign for the local Piggly Wiggly store, whose motto is “Down Home, Down the Street,” is reflected in a parking-lot puddle that might be filled with water or blood.

Even “nature” looks different here, under Garza-Cuen’s gaze. “Wetlands” become waste weirs, with tangled brush and dead trees, and a forlorn woman in a white slip, knee-deep in the rain, seen from above, appears separated from all and everything, in her own private baptism.

These photographs are attempts to cross the line, to see across differences, to get to something common and real and absolutely necessary if we are to find a way out of our current predicament.

David Levi Strauss is a writer living in the United States of America. He is Chair of the graduate program in Art Writing at the School of Visual Arts in New York City, and is on the faculty of the Milton Avery Graduate School of the Arts at Bard College.

Jennifer Garza-Cuen is Assistant Professor of Photography at Texas A&M University-Corpus Christi. She completed her residency at Light Work in June, 2017.