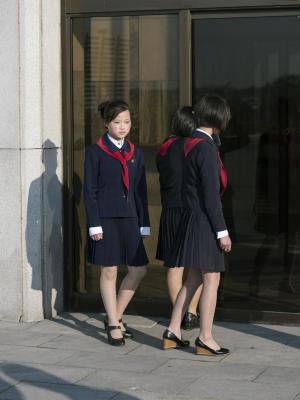 Matthew Connors lives and works in Boston, MA and Brooklyn, NY. He received a BA in English Literature from the University of Chicago and a MFA in Photography from Yale University. Since 2004 he has been teaching at the Massachusetts College of Art & Design in Boston where he is a Professor in the Photography Department. His work has been exhibited in galleries and museums worldwide including the Museum of Modern Art, New York; DOX Centre for Contemporary Art, Prague; and the Storefront for Art and Architecture, New York. He has received the MacDowell Colony Fellowship, the Virginia Center for Creative Arts Fellowship, the William Hicks Faculty Fellowship from the Massachusetts College of Art & Design, and the Alice Kimball English Travelling Fellowship from the Yale School of Art. Most recently he was awarded the 2016 ICP Infinity Award for his publication Fire in Cairo.

What does a metaphor rest upon?

Matthew Connors and I are listening to W.J.T. Mitchell and Michael Taussig talk about monuments and their multi-authored book, Occupy: Three Essays in Disobedience. Connors is furiously taking notes, scribbling. It makes sense; he has been laying out his own book, Fire in Cairo, on the uprising in Egypt. Also we are in the midst of planning a trip to Cuba to document the end of the Castro era and changes in the country’s relationship to monumentality. How could we know then, the two of us, collaborators and friends, so invested in art’s intersection with politics, how could we predict such immeasurable changes here in the era of Donald J. Trump?

Connors’ photographs of the protests since Trump’s election are consistent with his overall conceptual and imagistic preoccupations, visible across his oeuvre. So much here reminds of the documentary, of Magnum’s Frank Capa, of his brother Cornell Capa whose “concerned photography” used the image for humanitarian aims during post-World War despair. Yet, Connors is not of their ilk. We should find it no coincidence that he admires Donald Barthelme’s fiction. Wasn’t it Barthelme, writing about literature’s aim, who said it “is the creation of a strange object covered with fur which breaks your heart”? These photographs are like this. They are so disconcerting and so tender.

Rather than approaching his subjects with narrative intent, Connors settles on the often inexplicable in the crowd. FUTR 2016 depicts a blonde woman with a $20 bill glued over her eyes, gold duct tape gagging her lips. How does she see to march? She has Sharpied “Fuck Trump” on the tape. We don’t need to hear her rally cry―her lament was made to be pictured. But the strangeness of the image indicates directness was not her goal. A second poignant point about these photographs: Connors likes to introduce the accoutrements of resistance. In Mask in Reverse 2016, we see the back of a mask that is a ruler, tape, and wire. The blank white verso of the cut-out faces us. The photograph offers little information about either author or subject. Whose face is on the front? Most likely Trump’s face, but it could be anyone. So many crooks in office. The missing face―anonymous and blank―we fill that in from memory. I used to picture Nixon. Cinema trained us this way. Think Point Break 1991. I now know it was all previous presidents but I remember only Nixon.

Nixon was our presidential bad guy. Will Trump’s face in parody ever achieve such ubiquity? Denying us Trump’s visage, Connors continues his concentration on the inexplicable. A want of the traditional interaction with the documentary frames his pictures so that entering them derails us. Take for instance Small Flame 2017, where a limousine’s window becomes the classic Albertian example of the pictorial window onto another world. The fire in the backseat is an abstraction and, as you look in through a pile of jagged, broken glass, you begin to understand its cause. In Tower Interior 2016, there is the reflection of lights as you traverse the landscape horizontally. This dystopian vantage point reveals itself in Trump Tower after just one escalator ride. Overall the vulnerability in these images captures the nature of mounting a resistance to corporate and state goliaths.

Some moments remind us Connors is there, a presence in the space alongside the protestors. In Balaclava 2017, a woman in a cat mask quizzically eyes him. Her eyes seem weary but determined. These cold days deter bodies in the streets, but she is here and has donned a cat mask. How does that mask relate at all to why she is here? Upon what does the cat metaphor rest? This is what we want to know. In this case, there is no metaphor. In this case, the monument is invisible. There are no statues to tear down as we did in our past with Robert E. Lee and other members of the Confederacy. Our targets have become almost inaccessible to crowds. Monuments of steel and glass render such power barely visible and almost impenetrable to human scale. What informs Connors’ praxis is making these monuments visible, highlighting the obscured faces, and the illegibility of text. As well as the cars on fire, the fragility of the homemade mask, the shaking hand-written script of the Sharpie―these remind us of invisible and metaphoric slingshots dispersed in crowds. Returning to Barthelme, perhaps that very same strange object may mend our broken hearts.

Matthew Connors lives in Brooklyn, NY, and completed his residency at Light Work in June, 2017.

Andrianna Campbell is a writer and art historian living in Brooklyn, NY.