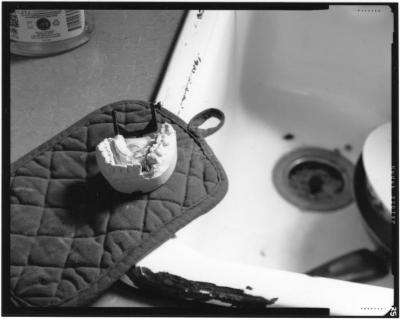 Her work has been exhibited extensively at museums and galleries in the U.S. and internationally. Recent museum exhibitions include Open Road at Detroit Institute of Arts, Detroit, Mi.; Autophoto at Foundation Cartier; More American Photographs at the Wexner Center for the Arts in Columbus, OH; and Off the Grid #1 and #2 at Fotodok in The Netherlands. She was the focus of a solo exhibition at CEPA in Buffalo, NY, and Moma’s exhibition Into the Sunset, in 2009. She will open an exhibition, Girl Pictures at Mitchell Innes and Nash this spring with an accompanying catalog.

Justine Kurland has been featured in the New York Times, The Washington Post, and Vice Magazine. Reviews of her work have appeared in Art Forum, Frieze Magazine, Time Out, and The New Yorker among others. Coromandel published a monograph of work, Spirit West, in 2001; Art Space published Old Joy in 2003; Ecstatic Peace Library published This Train Is Bound for Glory in 2009; and Black Threads of Meng Chiao in collaboration with John Yau was published this year. Aperture will publish a monograph of her work spring 2016, entitled Highway Kind.

Her work is in the public collections of institutions including the Whitney Museum, the Guggenheim Museum, and the International Center of Photography, all in New York; the Corcoran Gallery in Washington, DC; and the Museum of Fine Arts in Montreal. In 2013, she was awarded The New York Foundation of the Arts' Artists' Fellowship for Photography. She is represented by Mitchell-Innes & Nash, New York.

We’re all shaped by where we come from—which, for me, is Fulton, New York, a broken little industrial town that formed around the now-toxic Oswego River at its intersection with I-481. I returned thirty years after I left, partly to confront a dread I had never managed to shake, but also to resurrect those shards of resilience and resistance that enabled me to imagine someplace to go, and ultimately made my return both possible and inevitable. The town, now, is even more of what it was when I left—more despairing, more despondent. Half the houses are vacant, either in foreclosure or beyond the care of banks. The industry that once sustained the town has gone, and a large portion of its nearly all-white population lives close to or under the poverty line. The carcass of the giant Nestlé plant, once the town’s largest employer, lies in ruins at the southern entrance to the city. People sit on their porches, arrested in the depression of bodies no longer of productive use. I’m not sure what’s wrong with America, but, whatever it is, it’s here.

My mother was born there, and took us back after her nervous breakdown, to a rental property her parents owned: a two-bedroom apartment with fake wood paneling, wall-to-wall green carpets, and a floor heater that caused a small fire in the bathroom. My grandfather arrived unannounced to our previous home in Buffalo, NY, coming on as if to discipline my mother, who crumpled under his parental weight. There would be no more sleeping on a banquette in the local bar while my mother danced the chicken with hairy strangers, no more running freely through the neighborhood while our mothers sat at kitchen tables, discussing the women’s movement, and experimenting with their sexuality. I couldn’t understand why she let her father move us to such a dismal little town, nor her grief when he died a few years later, and she lay awake in bed, unable to move.

I constructed an identity in opposition to Fulton: I hid in my room and read books I was too young to understand, and masked my accent with one that I hoped sounded European. I also enlisted my older sister to beat up my bullies after school—those menacing boys who cornered me at my locker and sang Stevie Nicks’ song “Gypsy”—a dig at my mother, who drove around town in a van, naked under a ratty thrift store fur coat: an eerie foreshadowing of my own future road trips.

We all got out of Fulton, my grandmother feet first. My mother now lives in southwestern Virginia, in a farmhouse at the end of a dirt road, surrounded by nineteen acres of land. I visit her periodically but she has difficulty hearing so we spend most of our time in silence. I began photographing her a few years ago as a way to understand my perimenopausal body through her menopausal one. But the real surprise was the pleasure of having something to do together, now that we’d outgrown our customary roles of mother and daughter. In that sense, the photographs I took of her are about domestic labor—not washing dishes, but the work it takes to stay related to someone, even your mother.

Invaginated, fragments from life fold inward rather than adhere to any linear family history. I followed my anxiety, in order to see how the intensity could be generative, what forms I could invent or borrow, to navigate my own emotionally charged terrain. I photographed a hole torn into a Nestlé building, the scar from my cat’s hysterectomy, and a tampon that had overflowed, the blood staining my pants, running down my thigh.

What I have never photographed is the prosthetic leg that belongs to the father of the person I love. He lost his own in Vietnam, where she was born. He would use her little girl’s body to hold himself up when he didn’t want to attach the appendage. She cleaned and dressed the sores that formed under its chafing plastic. I’ve never seen the leg, but in my imagination it wears a Mary Jane shoe and a white bobby sock; its thick straps pinch under the ass. Later, at art school, my girlfriend continually painted the prosthetic leg, and, afterward, destroyed every canvas. Over her sink, now, hang two small paintings she made of her Brooklyn neighborhood. They replicate the street outside: one shows a garage on the north side of the street, the other, a bodega on the south side. I stare at them while I do her dishes, warm water washing over my hands, and allow them to anchor me in place.

Justine Kurland lives in New York, NY, and completed her residency in July 2018.