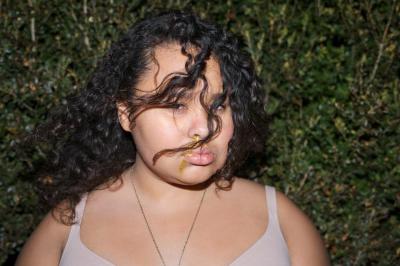 For a more recent CV or bio please visit the artist's website, http://www.nydiablas.com

Nydia Blas is a visual artist living in Ithaca, New York with her husband and two children. She holds a B.S. from Ithaca College, and received her M.F.A. from Syracuse University in the College of Visual and Performing Arts. She currently serves as the Executive Director of Southside Community Center, Inc., a historically Black community center founded by a group of Black women in 1934. She is one of six selected talents of World Press’ 2018 6x6 Global Talent Program for North and Central America. She is a recipient of the 2018 Light Work grant. She taught a course entitled “Photography as a Tool” for the Image Text MFA program at Ithaca College in the summer of 2018, and previously taught photography courses at Syracuse University in the Department of Transmedia. She has completed artist residencies at Constance Saltonstall Foundation for the Arts and The Center for Photography at Woodstock. Her work is featured in the book Mfon: A Journal of Women Photographers of the African Diaspora. She has been featured in The New York Times, New York Magazine, The Huffington Post, Dazed and Confused Magazine, Strange Fire Collective, Lensculture, Yogurt Magazine, PDN, Fotografia Magazine, and more.

Part of our effort to support and encourage Central New York artists working in photography, the Light Work Grant in Photography, established in 1975, is one of the longest-running such annual fellowship programs in the country. Each recipient is paid a $3,000 stipend, participates in the opening fall exhibition, and appears in Contact Sheet: The Light Work Annual. The 2018 judges were Kris Graves (publisher, photographer, writer), Qiana Mestrich (photographer, writer, founder of Dodge and Burn), and Allyson Torrisi (Director of Photography at Popular Mechanics).

Nydia Blas uses photography, collage, video, and books to address sexuality, intimacy, and her lived experience as a girl, woman, and mother. She holds a BS from Ithaca College, and an MFA from Syracuse University’s College of Visual and Performing Arts. The Wing: Home Base & Social Club for Women featured her work in New York and Washington, DC, and her exhibition,Vigilance, Struggle, Pride: Through Her Eyes, recently traveled in Europe.

Blas says of her work, “I delicately weave stories of circumstance and magic inspired by girls and my time with them, and use my work to create a physical and allegorical space presented through a Black feminine lens. It is impossible to do this without exposing the constructs of sexuality, gender, and race that are historically based on pervasive and distorted European standards. It is a slippery slope between acknowledging the way society ignores, limits, and values you and working outside of these confines to create realistic and complicated ways of seeing and looking at oneself that are empowering and propel people toward new narratives. How do you do this when the very body you reside in is in opposition to what is deemed normal, proper, and worthy of protection?...[I]n order to navigate often-harsh realities of circumstance and maintain resiliency, a magical outlook is necessary.”

Gabel has worked on her grant project since 2014. She explains, “A traumatic event is at the heart of these photographs—an accidental shotgun blast that took away Michelle Fox’s eyes, nose, and upper palate, leaving her blind and unable to smell. It is a classic case of how one moment, one action, can change not only one life, but several lives forever. For the past four years, I’ve been collaborating with Michelle, who now lives in her parents’ house with her two young daughters. This ongoing project delves into issues that are not as apparent as Michelle’s drastically changed appearance. Gun ownership and responsibility, beauty and identity, the impact of trauma on children, family and faith, disability, and the costs, financial and otherwise, of caring for people who become injured by gun blasts...Woven throughout are themes of strength and vulnerability—Michelle’s and her family’s. These images provide clues to how Michelle has survived the nine years since her ex-husband accidentally shot her, and raise questions about the future holds for her and her two young daughters...I hope viewers have a strong empathetic reaction to Michelle’s story and all involved.”

Jerry Lim works in photography, text, sound, and video. He examines how we make history and knowledge, how they operate in the world, and how they influence individuals within community. Recent projects include photographs made at a North Korean school in Japan  and video and photo-based works about language and loss in modern Korea. He holds a BFA from the Maryland Institute College of Art and an MFA from Cornell University.

Lim’s grant project documents the thousand-year-old pottery tradition of Imbe in Bizen, Japan. Despite revival in the 1930s, its community of potters is thinning and dispersing. Lim describes his time there, with many of the shops and streets empty, in elegaic terms: “I was told by a young artist from a multigenerational Bizen potter family that the clay in Imbe is running out. He lightly shrugged and without a hint of despair added that the remaining people who make Bizen are also dying away so it all evens out. His matter-of-factness was disquieting especially from someone who is so deeply tied to the tradition and land. This rationalization filled me with disbelief and sadness. A strangely familiar feeling I’ve had in other places...where change is rapid and brutal. What we’ve lost is impossible to keep track of—let alone remember. This body of work looks at this ancient way of life and how it exists in a present filled with uncertainties.”