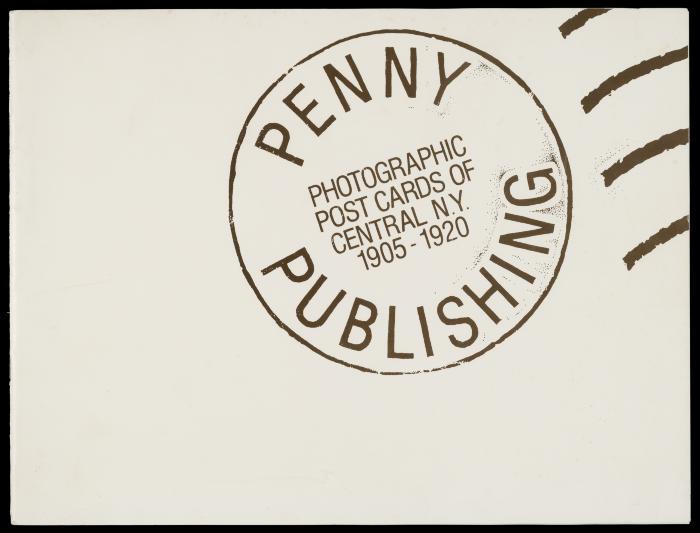 For some people, viewing photo post cards from the turn of the century will bring back a surge of recognition - almost, but not quite, close enough to touch.

There will be the ones who remember how uncomfortable a celluloid collar can be on a hot day at the company picnic, or that the proprietor of the general store used to leave his thumb on the scale when he weighed the meat if you didn’t catch him. They’ll remember, too, the acrid smell and taste of the clouds of black smoke from the steam locomotive standing at the depot at the foot of Main Street.

Others of a more optimistic nature will once again savor the taste of an ice cream cone or ginger beer on the midway at the Sandy Creek Fair. They’ll recall the Civil War Veterans proudly marching, a bit stiffly perhaps, in the Fourth of July parade behind the hometown band.

For those of later generations who live in a technicolor world of television and movies, the cards will depict a time of monochromism. People in black, white, or gray dress attend parades where the flags and buntings are somber black and white. They work, go shopping, or attend school under bland white skies. Or perhaps they sit on grey lawns or grey farm fields.

As commentaries of a time and a region, the post card - sometimes stilted, at other times completely candid - serves as a stop-action communique from a bygone era. The years of those photographic cards truly bridge the historic period from Victorian homes and gas lighting to air travel and the mass -produced automobile. As in all historical perspectives, the windows onto the past become blurred. The pictures inside our minds are faded and stiff, a little unreal. Nostalgia erases the truly bitter. The economic panics, the scourges of infantile paralysis, the “flu”, and even the pain of going to the dentist in the pre-modern era aren’t shown.

Many writers have left word impressions of those days in transitional America. Booth Tarkington’s “Penrod” and the Hoosier teenagers of “Seventeen” who live in a perpetual summer on shaded front porches along “Elm Street” are part of this scene.

Closer to home are the reminiscences of Enid Pierce and Emily Estey as they remember their visits to “the fair” when thousands of horses and wagons rimmed the trotting track, or of the late John Duvall, who in an unpublished manuscript, describes July 4 as THE holiday of the year or what it was like to be dragged downtown on the trolley for a shopping excursion with mother and sister.

The photographic postcard puts it all in visual perspective. Much more than an impersonal social commentary or even a word picture of one person’s recollections, the postcard shows us as we were. And, if it was taken by an amateur, warts and all.

It was also a time of modesty and self-consciousness. People know they are on display. Their expressions are frozen if they see the camera on them. Even so, people had a sense of honest appraisal of their hometowns. A drab, dusty main street, the clutter of a factory or a railroad yard, all found their way into photo post cards.

Upstate New York offered a wealth of material for the postcard photographer. This exhibition constitutes ten contiguous counties, linked in the postcard period by rude dirt highways, a sophisticated network of railroad and interurban trolley lines, canals, and similarities in architecture and landscape. Rolling rural countryside blended into small towns, then to medium sized cities.

It is logical that the railroad station, center of movement and social discourse in those days, would hold a special place, as did the community’s “Main Hotel” or the general store or village square. They were the connections with the outside world.

Still, it was people: people in their Sunday Best, on the front steps of Main Street porches, or the Main Street saloon. It was the wagon in front of the town’s finest hostelry, wheels hub-deep in mud; it was the girl’s basketball team in the age of bloomers, long before athletic scholarships were a consideration; it was the fire which destroyed a landmark. It was the town’s pride - its baseball team or country fair. Or it may even be the beaver dam that was glamorized in Benson Mines.

County fairs vied with vacation camps, the village bandstand, and the town’s ballpark for leisure time. Until one got to high school, education was generally provided in the one-room schoolhouse. Working life consisted of the farm, lumber mill, creamery, ice house, small factory, heavy construction, and the rail yard. People did their shopping in the general store or, occasionally, on Main Street’s dry goods or feed emporiums.

The display of these representations from more than 100 Central New York communities provides a further measuring stick for comparison with other areas of the state and nation and, indeed, the work during those hazy years still within the memories of many, yet far removed from our present circumstances.The importance of these photographic records extends far beyond simple curiosity value. As one Red Cross disaster specialist said, …(during floods or fires, the “items of loss that cause the most grief are photographs. People lose their history when photos are lost.” The same can be said of the early photo postcards.

It may be that amateurs created mas many Photo PostCards as professionals did. Like snapshots, their personally inflected cards often surprise us with unexpected subject matter, detail and framing. However, most cards that were saved for other than personal reasons were made by photographers whose livelihood depended in whole or part upon creating images of sufficient general interest to attract sales away from the competition. As it happens, of the nearly five hundred cards in this exhibition, nine of ten were made for sale.

Those who produced them were often photographers of outstanding ability. Perhaps we’re unfamiliar with their names because of the ephemeral nature of their product. Even within the ten counties represented there are a number of photographers whose work merits further study than the brief appreciation given them here. We will mention just four: Henry M. Beach, Floyd E. Davenport, Verne Morton and Herbert Augustus eyer.

During the early years of this century,  the commercially printed, non-photographic Post Card was enormously popular. Competition for Post Card sales stimulated publishers to create exceptionally well designed and printed cards. Lithographed in beautiful color, often embossed and embellished, they give us streets, buildings and monuments; parks and vacation spots; political and patriotic figures and events; jokes about romance, sex, alcohol, new inventions, and racial or other minority stereotypes; and holiday, fairs and expositions. In short, the publishers created an image of America the Americans bought with enthusiasm. Indeed, nearly 750,000,000 cards were mailed in 1906 alone! Not only were they an important means of communication, they were also avidly collected. These activities established habits which helped to insure both the widespread use and subsequent survival of the Photo Post Card.

Photo Post Cards, unlike their lithographed counterparts, owe most of their fascination for us to their convincing, often intimate display of the daily experiences of our parents and grandparents. Their persuasive authenticity is rooted in an aspect of these cards that makes them virtually unprecedented in the history of picturemaking: in them we have visual documentation of an era which is made by and addressed to the very people represented.

Throughout history, the skills and technologies required for making multiple copies of pictures, whether woodcuts, engravings or offset lithographs, have been almost exclusively in the province of professionals. The non-photographic postcards mentioned above furnish us with an American example. Another can be found in 19th century wood engravings published in books with titles such as “Americans Wonderlands”, or “Marvels of the New West”. Even today many still yearn for the sentimentally appealing America projected in the lithographs of Currier & Ives. “Harper’s Illustrated Weekly” and “Godey’s Ladies Book” were periodicals whose engravings conveyed their publisher’s political and social attitudes to a wide public. The post card era itself saw the beginnings of the multitude of photographically illustrated popular magazines whose values advanced by the pictures they carried. Pictures which define and illustrate public values and histories have almost always been made by hands working in the service of economic, political or religious power. These pictures legitimize that power by showing us a past constructed from the point of view, and in the interest of, those in power. Before the Photo Post Card there had been no extensive alternative visual histories that embody the point of view, values and accomplishments of the great majority of people; the creation of such histories required skills and technologies to which they had little access.  However, with the advent in 1902 of the Photo Post Card, both the amateur, using Kodak 3A snapshot camera, and the small town professional, using more sophisticated equipment, were able to create the document we see here. This was possible because Photo Post Cards were simple to make and of good quality though high speed printers were sometimes used, one or a thousand cards could be produced with no more trouble than printing the same number of snapshots. The only difference lay in using photographic paper with “Post Card” printed on the back, which was widely available then (and still is). It is significant that these cards, though easily produced are of such high quality. This means that there is no intrinsic difference between the look of the professional’s and the amateur’s card. What often separates the two, though, is general appeal, whereas the amateur played to a smaller audience of family and friends. Looking at the cards now we find that the mix of these public and private views creates a convincing sense of the full texture of life in earlier times.

Little has been written about Photo Post Cards. Until recently they have been considered inconsequential. But now, with the passage of time, what was once self-evident becomes a mystery, and we begin to question the meaning of a documentation so vast. The remarks which follow, then, are based upon discussion with collectors and examination of cards. They attempt to identify some of the recurrent characteristics of Photo Post Cards, the concerns of their makers and the pleasures they may give us. 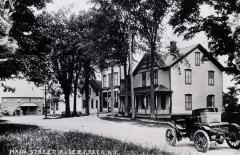 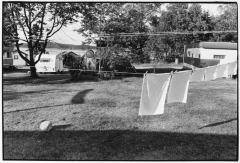